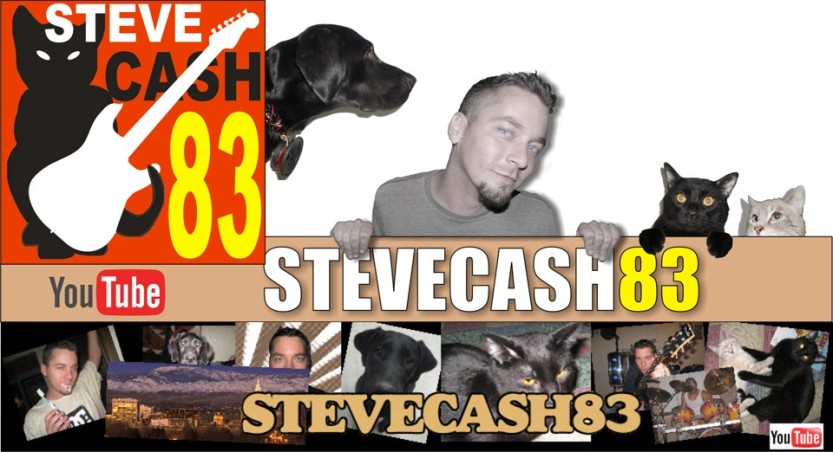 If you’ve never heard of Steve Cash, he’s the man who created the popular Talking Kitty series on YouTube that mainly stars his cat Sylvester. It was one of the few series I would routinely binge-watch on YouTube on a frequent basis.

Here’s one of my favorite videos from the series. (NSFW Language)

In the past, Steve would occasionally mention that he had bipolar disorder. As somewhat of a content creator myself who also has bipolar disorder I could understand why Steve would sometimes go for long stretches of time without updating his channel or conversely he would upload several videos in a short amount of time. I didn’t know Steve personally, I was just a fan. His videos would often cheer me up when I was having a particularly bad depressive episode.

Over the weekend I received news that tragically, Steve Cash had taken his own life.  He was 40-years-old. I was devastated when I read the news. My prayers and condolences go out to his family, friends, and all of his furbabies.

My greatest fear as a creator is that I won’t be remembered after I’m gone. I just want to let it be known that at least to me, Steve Cash will always be remembered.

(If you are struggling with thoughts of taking your own life, please reach out to someone. There is no shame in asking for help. The National Suicide Prevention Lifeline is available 24 hours a day at 1-800-273-8255 or their website.)