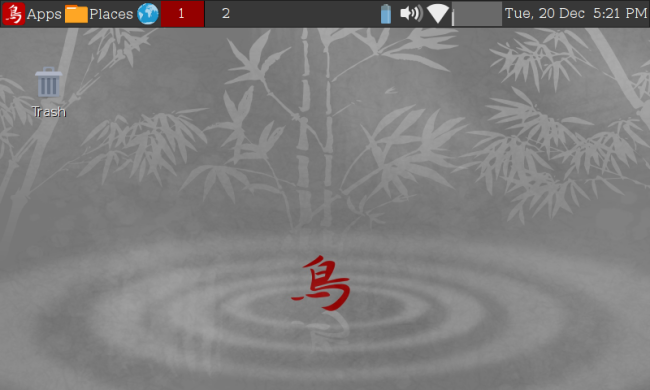 Just when I think that there can’t be another Linux distro to fit on the tiny hard drive of the Asus EeePC 701 4G Surf, the Linux community surprises me.

As I’ve mentioned before, I love it when DistroWatch adds a new distro to their database. Not too long ago they added a distro called ToriOS. THis is what caught my eye about ToriOS…

ToriOS is a Debian-based distribution which is designed to work on older computers, even 32-bit machines which do not support running PAE-enabled kernels.

I thought to myself, I have an almost 10-year-old computer that’s 32-bit that doesn’t support PAE kernels. Surely, it won’t be able to fit on the EeePC. Actually, it does, with room to spare. After installing the distro, there was close to 2GB of space left. That is of course without installing it without a swap drive.

Speaking of the installation, this is not a distro for beginners. The installation took me a coupe of tries before figuring out the installer. Also, it doesn’t come with what many would consider a normal web browser. It took me a couple of more tries before I was able to figure out how to get a browser installed. Once I did, Opera btw, it was not that bad. I was able to use Gmail with little to no issue. YouTube failed miserably but that’s more the problem with the EeePC rather than the ToriOS.

If you’re more used to Ubuntu I would recommend something more like Zorin Lite or wattOS. However if you like to experiment with Linux, Tori OS makes a great addition to the Asus 4G Surf Linux Challenge family.