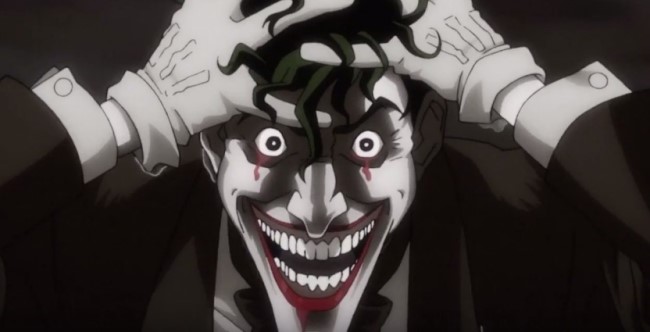 Normally I don’t review things that are bad. I don’t believe in spreading negativity about a project that a creative team probably poured their hearts and souls into. However, The Killing Joke was such an iconic comic that I felt I need to do a review of it that’s not your typical internet nerd hate-fest.

I’m a huge fan of the series of DC Animated movies. They do a much better job of telling iconic comic stories than any DC related live-action movie, especially Under The Red Hood, so I’m not unfamiliar with them. Having said that, Batman: The Killing Joke fails to carry the tradition of the DC Animated legacy.

First off we have to talk about the tacked on Batgirl story. Personally, I didn’t have a problem with the concept of the story. If memory serves me correctly, there was a one-shot Batgirl comic a few weeks prior to the release of The Killing Joke where Batgirl finally solved the case that had haunted her through her crime-fighting career. What I didn’t like about the story, and this is an unusual complaint, is that I didn’t like the fact that it took place in 2016. While The Killing Joke was released in the late 1980s it reads almost like it’s timeless. The Batgirl part of the movie felt like it was trying too hard to date itself as being in 2016. As far as Batgirl having sex with Batman, I really don’t have a problem with that. As Bat-Mite once said in that episode of Batman: Brave and The Bold ” “Batman’s rich history allows him to be interpreted in a multitude of ways.” I will say, however, that it did feel unnecessarily tacked on.

As far as the actual featured story of The Killing Joke, I think its biggest sin is that it did not translate well from comic to animation. The animation style reminded me too much like a late-era Hanna-Barbera feature. The animated adaptation of Batman: Year One suffered the same animation problem. The incredibly vivid and detailed art from the comic was lost and the emotion that was conveyed by a single panel in the comic couldn’t be expressed in the mediocre animation from the film.

I can’t believe I’m about to say this but, I think the voice acting also hurt the movie. Don’t get me wrong, Kevin Conroy is Batman and Mark Hamill is an amazing voice talent, but having them in this made it feel like just another episode of Batman The Animated Series. When Mark Hamill was voicing the Joker before the accident in the chemical factory, I just didn’t feel the extreme amount of desperation he felt that was conveyed through Alan Moore’s writing.

All in all, I would give it a pass but if you’re going to see it, read the comic either right before or right after for your own Killing Joke experience.