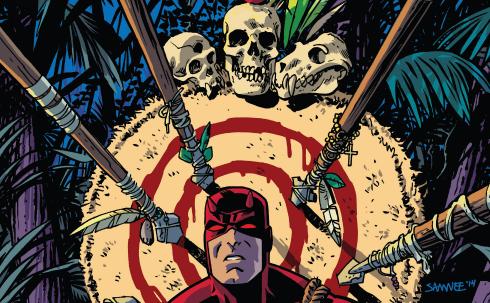 I haven’t done a comic of the week recommendation in a while because frankly, nothing has really blown my skirt that much lately in the world of comics, until today. Mark Waid’s run on Daredevil has been nothing short of excellent and issue #7 of the current run should be looked upon as a classic issue.

After the Original Sin event Matt Murdock has a flashback to his dad who he idolized. Except the memory shows Matt that his dad may not have been the man he thought he was so Matt suits up as Daredevil to find the only person who can tell him the truth, his mother.

I guess the reason I liked this issue a lot is it because it touched upon a lot of things that I experienced in my life both young and old but I won’t spoil it for you. Pick up this issue as soon as you can.