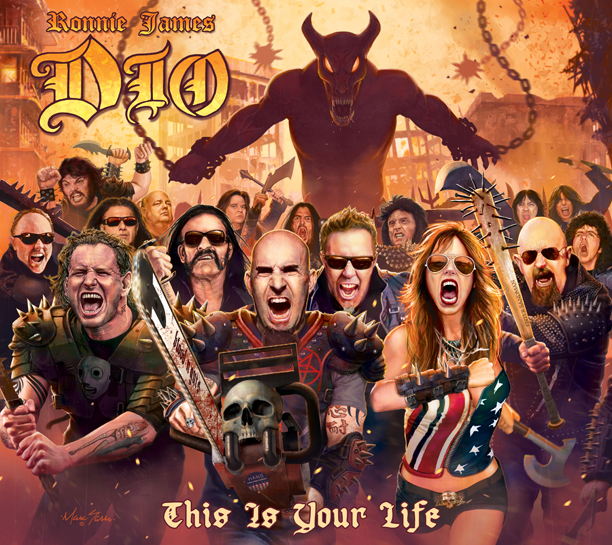 I had such high hopes for this album. I should have known that it wouldn’t be able to live up to the hype.

For those of you who don’t know ‘Ronnie James Dio This Is Your Life’ is a tribute album to the late Ronnie James Dio. With sneak previews of songs by Corey Taylor and Halestorm that were amazing I thought this album was going to be amazing, Metallica being on it notwithstanding. I guess I should have checked the track list before I got this album because I already have three songs on this album from other albums one of which is from a previous Dio tribute album. I also felt that there were some performances on the album that just felt mailed in. However I was happy to see some songs from the 1990 Black Sabbath album ‘Dehumanizer’ on there.

3 1/2 fedoras out of 5. Buy it anyway because proceeds do go to the Ronnie James Dio Stand Up and Shout Cancer Fund.

Here’s one of my favorites from the album, Jasta doing Buried Alive from the aforementioned Dehumanizer album.