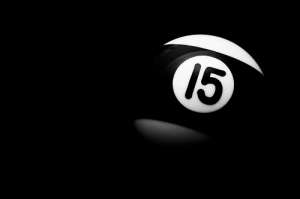 It was 15 years ago today that I put forth my very first website and man, was it a load of crap. It was hosted by crappy hosts like Tripod and Geocities. It had long ugly URLs and even the dreaded dripping blood animated gif. Little did I know where that mess of HTML banged out on an archaic device known as a WebTV would take me.

It would start out with something that I wrote being splashed across the front page of the Washington Post in inflammatory tones. That would lead to me being interviewed by Canadian media after it was discovered that a Montreal murderer visited my site before he killed. Then I would be recognized by national media outlets like TIME and Rolling Stone for trying to keep social networks safer. Then finally being on CNN and CBS News being warning the country about the inherent dangers of online classifieds. It sounds more impressive than it really is.

I’ve been fortunate and grateful to have such wonderful opportunities to be recognized on a large stage in a small way. I couldn’t have done any of it without my readers, of course, some of whom have become friends in the real world.

Where will it go from here? Who knows. But even after 15 years I still feel like I’ve only scratched the surface of what I’d like to accomplish.